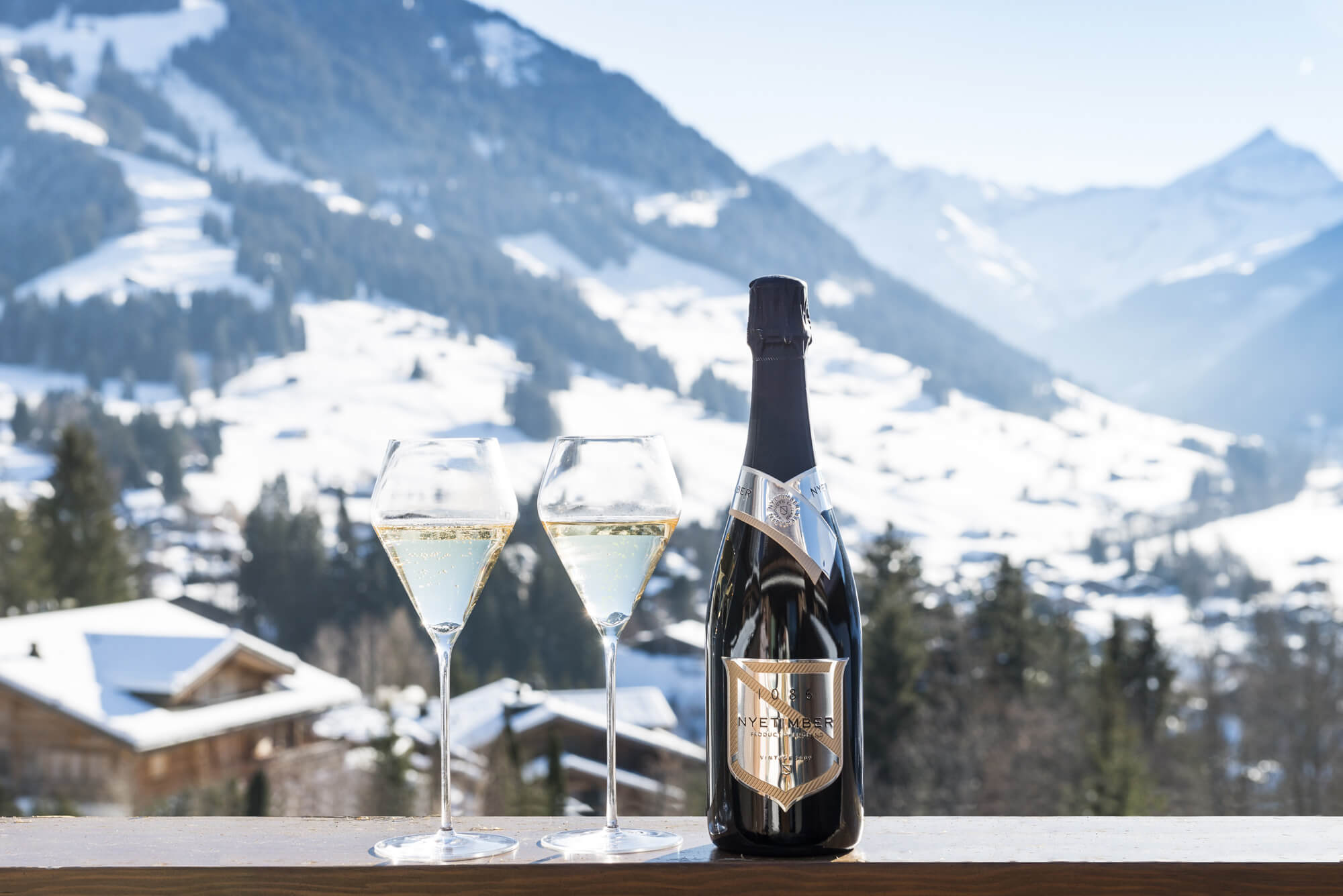 We are thrilled to announce the international launch of Nyetimber 1086 at exclusive five-star hotel The Alpina Gstaad in Switzerland during a pop-up of London’s famed Harry’s Bar from the 15th to 23rd of February.

Launched in London in September 2018, Nyetimber 1086 is a Prestige Cuvee named to honour the year the Nyetimber Estate was first mentioned in the Domesday book. Coinciding with our 30th anniversary in 2018, 1086 is the ultimate expression of owner Eric Heerema’s vision and his confidence in England’s ability to produce world-class sparkling wines.

Available in a white and a rosé, Nyetimber 1086 is made of a selection of over 90 exceptional wines, superbly crafted by Head Winemaker Cherie Spriggs, and produced entirely from 100% estate-grown fruit from our vineyards in West Sussex, England.

Our award-winning sparkling wines will also be served throughout the year at The Alpina Gstaad’s two Michelin-starred restaurants; Sommet, serving contemporary cuisine from exceptional local produce, and MEGU, serving sushi and modern Japanese cuisine, as well as Swiss Stübli restaurant and The Lobby Bar. Nyetimber will undoubtably offer guests a #PerfectlyBritish finish to a day skiing in the Alps, or a decadent start to an evening in one of The Alpina Gstaad’s fine-dining restaurants.

Further news about the international launch of 1086 will be released in the coming months.