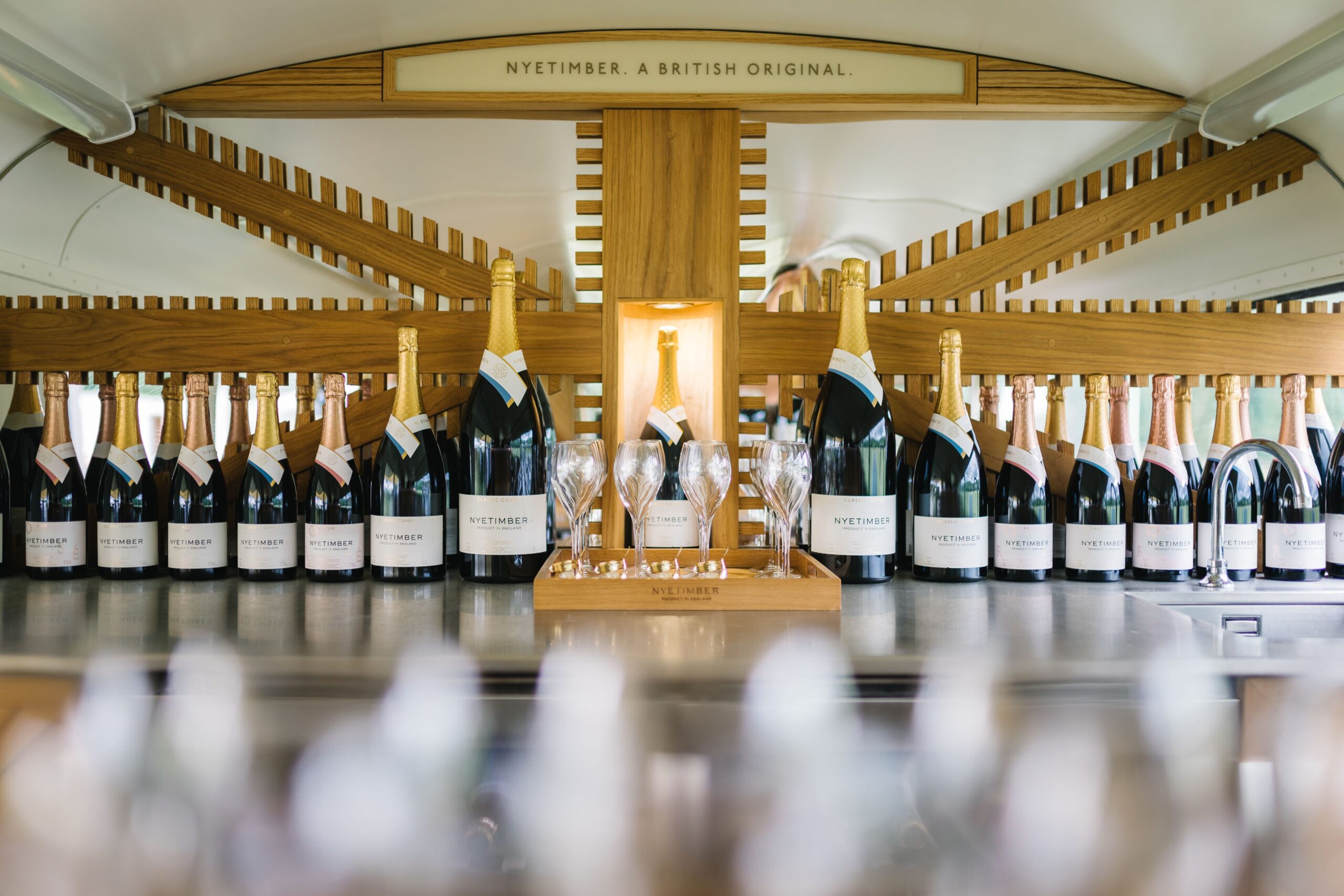 Summer Aboard The Nyetimber Bus

Summer Aboard The Nyetimber

The Nyetimber Bus arrived at Badminton Horse Trials on 3rd May, ready to welcome guests aboard to enjoy glasses of Nyetimber. Perfectly situated in the exclusive Lakeside Complex, guests aboard the top deck and in the Nyetimber Garden were in prime position to view all the action from the world’s most prestigious international equestrian competition, accompanied by England’s finest sparkling wine.

Held at the Beaufort Polo Club, top polo teams from around the globe met to compete over two days at the prestigious Gloucestershire Festival of Polo. The Nyetimber Bus was situated in the heart of the action, serving perfectly chilled glasses of Nyetimber.

Magnums of Nyetimber were presented to the winners by HRH Prince William and The Maharaja of Jaipur.

Located in the heart of the Oxfordshire countryside, Soho Farmhouse hosted an exclusive pool party for members on the 17th-18th June. Throughout the weekend, the beautiful 1968 Routemaster bus, The Nyetimber, was ready to welcome guests aboard to enjoy bottles of Nyetimber in the sunshine.

As part of a series of events taking place around the globe, guests were greeted with a Nyetimber reception at Black Bears Polo Club, before enjoying a day of world-class polo and the finest food and drink.

Having held over 50 events since 2009, British Polo Day has showcased the very best of equestrian sport and British heritage in 15 countries, with Nyetimber being the perfect toast to accompany such a wonderful celebration of sporting excellence.

On 27th June, The Nyetimber arrived at Aspall Tennis Classic at Hurlingham for four days of incredible tennis.

Running until June 30th, the championship welcomed professional tennis stars of past and present to compete in a four-day event leading up to Wimbledon. Set within one of London’s finest members clubs, The Hurlingham Club, Fulham, perfectly chilled glasses and bottles of Nyetimber were served from the beautiful 1968 Routemaster bus to tennis fans and celebrities alike.