Join us at the Nyetimber vineyard in West Chiltington on the evening of Friday 3rd June 2016 for a celebration of music, England’s finest sparkling wine and our Queen’s Ninetieth Anniversary.

As part of Shipley Arts Festival 2016, which this year coincides with the celebration of Her Majesty the Queen’s ninetieth birthday, the Bernardi Music Group will be performing a beautiful programme of classical music in the tranquil setting of the 15th Century Medieval barn on the Nyetimber Estate.

The nine-piece string ensemble, led by violinist Andrew Bernardi playing his priceless 1696 Stradivarius, will be joined by soloists Andy Laing on his 1810 Ceruti, and celebrated violist Nic Pendelbury. The Group will perform a selection of works inspired by the countryside, including those of local composer John Ireland and the eminent Sir Edward Elgar, alongside J.S. Bach’s Concerto for Two Violins in D minor, and the Telemann Viola Concerto in G major. 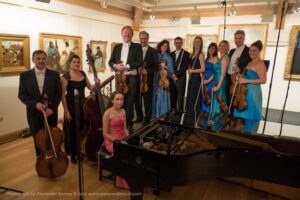 Tickets cost £32.00 per person and include a glass of Nyetimber Classic Cuvee 2010 upon arrival, and a flute of Rosé Multi-Vintage during the interval.

To book, please visit the Capitol Horsham website here, or telephone the box office on 01403 750220 for more information. 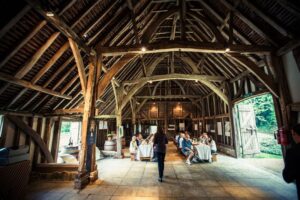