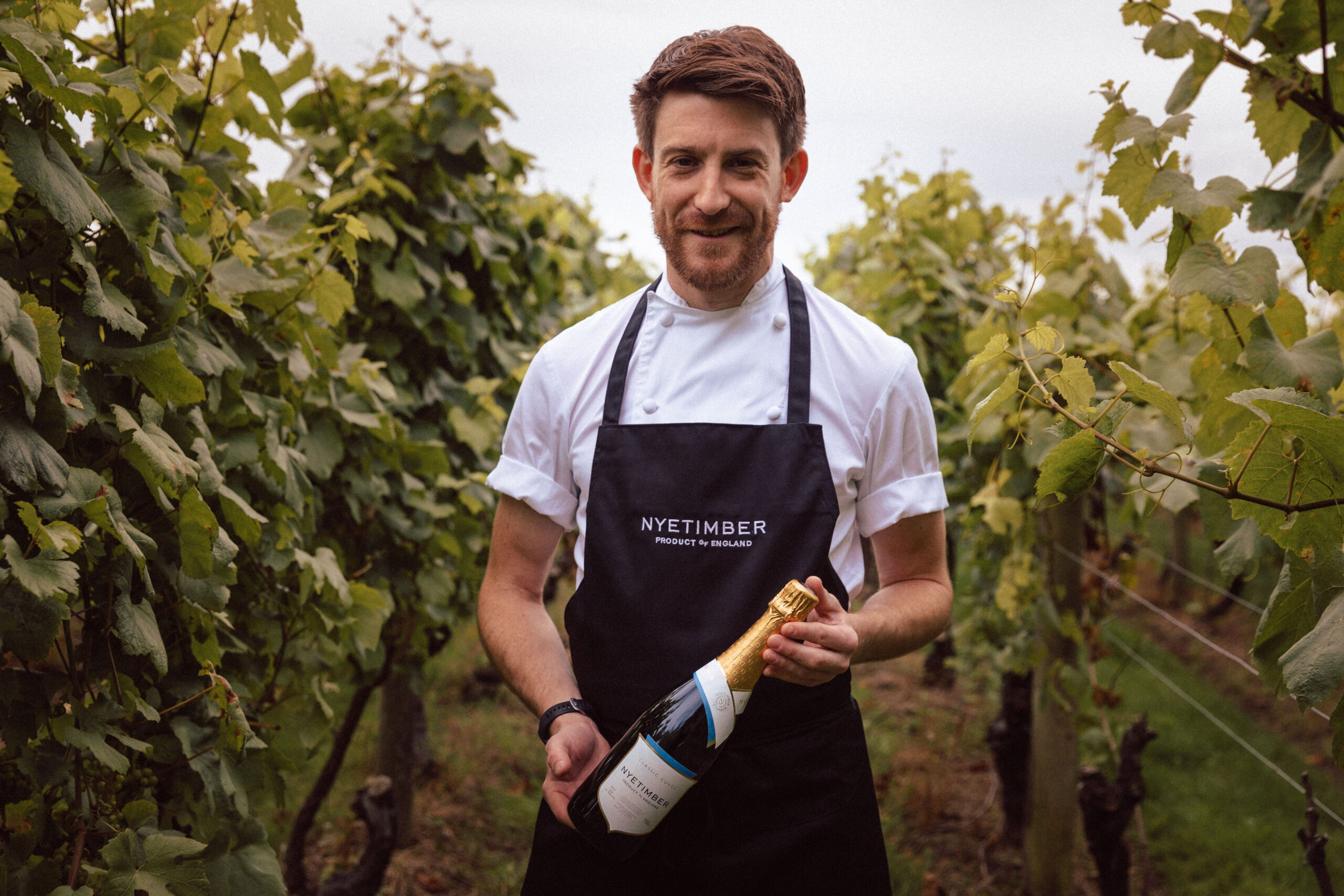 “One of the things that myself and Nyetimber have in common is that we both believe there is no shortcut to perfection”, Lee Westcott

In his new Best of British mini-series, chef Lee Westcott has been travelling the length and breadth of Great Britain. Sourcing and cooking some of the best produce our fair islands have to offer, Lee’s goal is to shine a light on some of the finest suppliers around and so we are honoured to be featured in the latest instalment of this series. 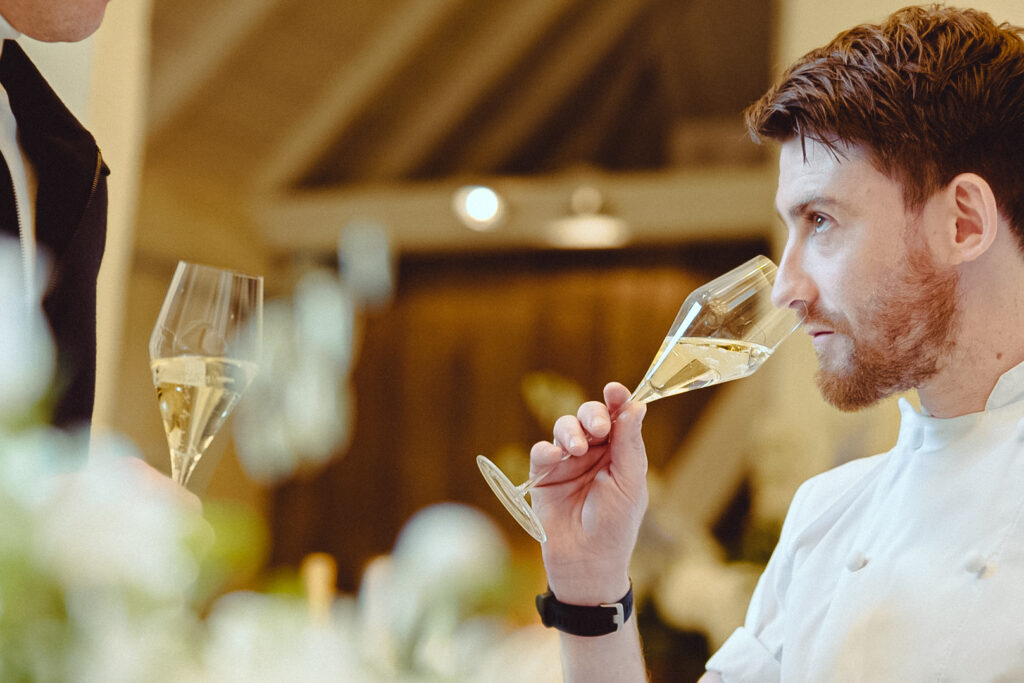 Lee is no stranger to exceptional produce, having worked in some of the finest multi-Michelin starred restaurants in the UK and around the world. He grew up in the beautiful Hertfordshire countryside, landing his first kitchen job at the age of 16. After learning the ropes as a young chef, Lee moved to London to work for the legendary Galvin Brothers in the capital. His career quickly took off, earning a friend for life in the form of world-renowned London chef and restaurateur Tom Aikens. For three years, Lee worked under Tom as his Head Chef at Restaurant Tom Aikens.

It was here that Lee got a taste for working abroad, conducting two stages at Noma (Denmark) and Per Se (New York), two of the very best in the business. Lee’s work and talents soon caught the eye of top chefs across the globe, namely Jason Atherton who courted him to head up two restaurants in Hong Kong, developing his cooking style further. 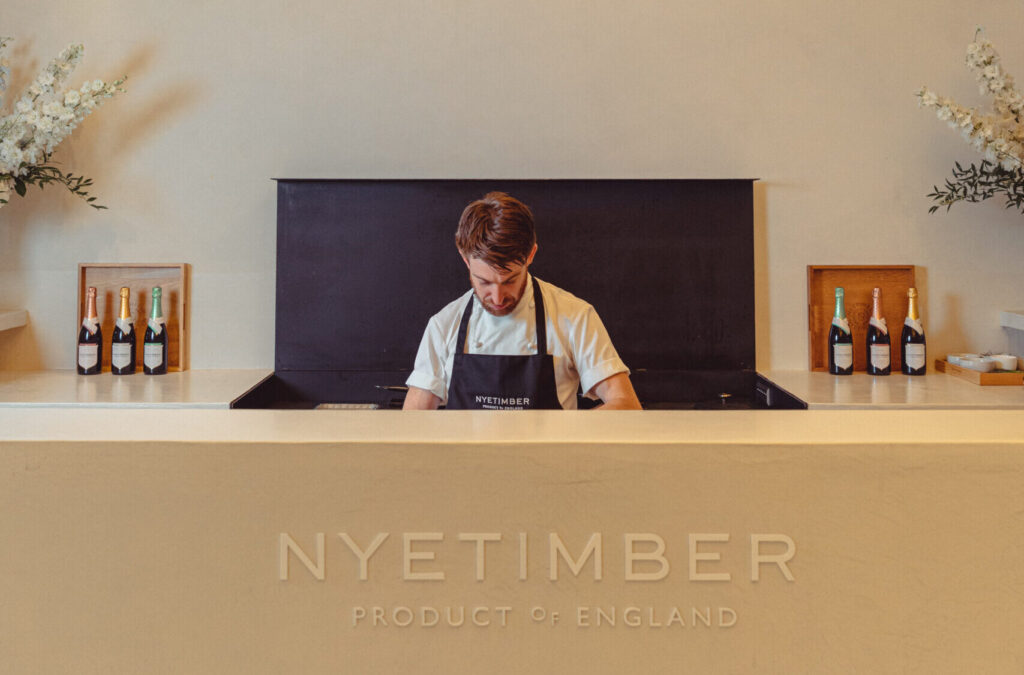 The call of the London restaurant scene was soon too much to resist, and Lee returned to establish and direct the Typing Room Restaurant in London’s Town Hall Hotel in Bethnal Green, London. Over four years, Lee and his team achieved great critical acclaim, including 4 AA Rosettes, 6/10 in the Good Food Guide and 3/3 from Square Meal. They also had rave reviews from the likes of Fay Maschler (Evening Standard), Marina O’Loughlin (The Guardian) and Andy Hayler in national press. During his time at Typing Room, Lee also appeared on Great British Menu, representing the Southeast region, Saturday Kitchen and as a chef judge on Masterchef in 2015.

Most recently, Lee launched Pensons, a stunning restaurant with rooms on the Netherwood Estate. It opened to much acclaim, gaining a Michelin star and 3 AA Rosettes within seven months of opening. He is currently working on an exciting new project, coming soon to London. 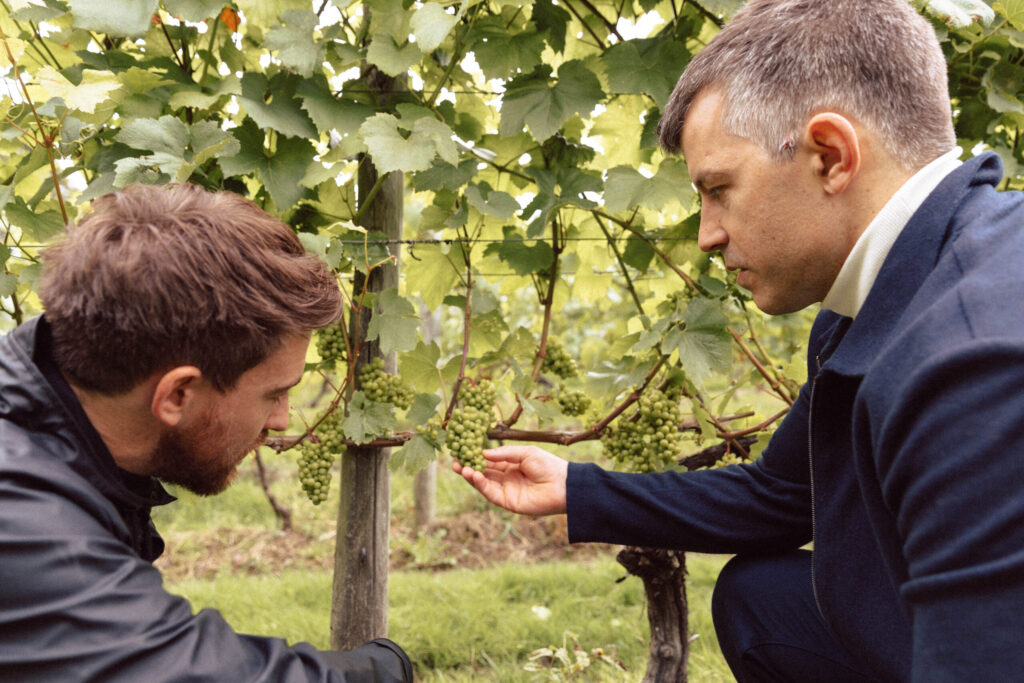 As part of his new Best of British series, we had the pleasure of welcoming Lee to the Nyetimber Estate for a tour and a tasting with Winemaker, Brad Greatrix to discover the hard work and dedication that goes into producing each and every bottle of Nyetimber. From there, he headed back to the kitchen to create a seasonal dish to pair perfectly with our Classic Cuvee MV – fresh lobster with the sweetest English peas, asparagus and sorrel.

“The inspiration behind pairing Nyetimber Classic Cuvee with a lobster dish is that I instantly knew that they both have characteristics that would work perfectly together. The subtle, delicate but intricate flavour of the wine goes so well with the sweet, rich flavour of the lobster.” Lee Westcott 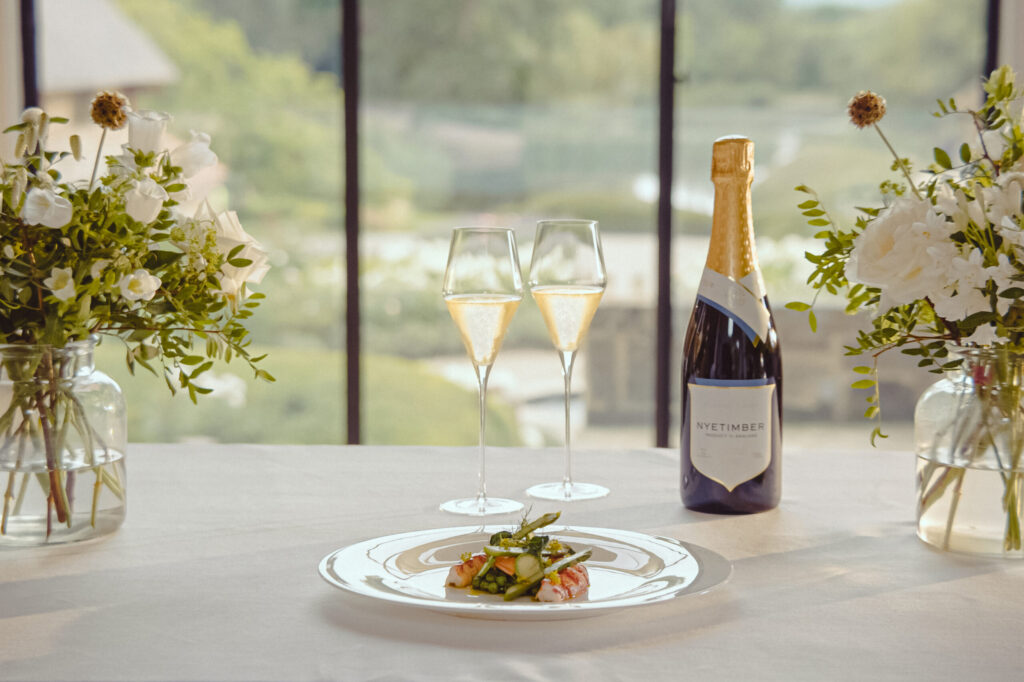 Discover the full recipe for fresh lobster with sweet peas, asparagus and sorrel for you to try at home, and don’t forget the Nyetimber Classic Cuvee MV to go with it.