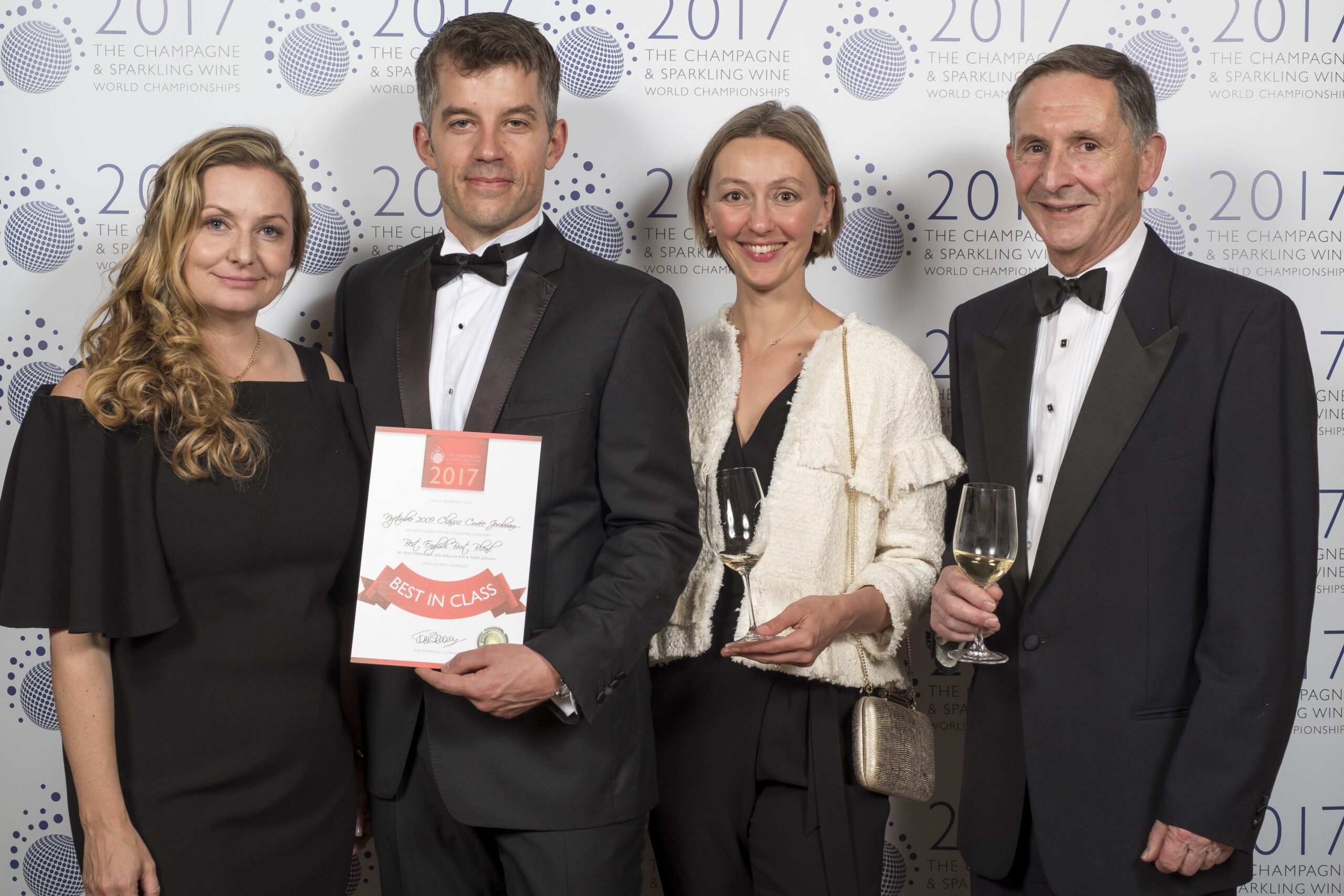 We are thrilled to have been awarded the Best English Sparkling Wine Trophy for Classic Cuvee 2009 Jeroboam at the Champagne and Sparkling Wine World Championships 2017 (CSWWC).

The Awards Dinner was held at Vintners’ Hall, London, and was attended by a variety of industry professionals from across the globe. The trophy was presented to our Head Winemaker Cherie Spriggs, and Winemaker Brad Greatrix by Christopher Lindlar, the first Nyetimber winemaker from the early 1990’s – a truly special touch to an already memorable evening.

It is the second time in three years that we have won the Best English Sparkling Wine trophy, with Classic Cuvee 2010 being awarded in 2015. 2017 also saw Nyetimber shortlisted for the Supreme World Champion Trophy, however Dom Perignon’s 1998 P2 in magnum took the title this time around.

Judged exclusively by renowned experts Tom Stevenson, Essi Avellan MW and Dr Tony Jordan, the CSWWC brings together the most exceptional sparkling wines from 29 countries, with 2017 seeing more sparkling wines entered than ever before.

Thank you to CSWWC for the accolade, and for a truly fantastic evening.