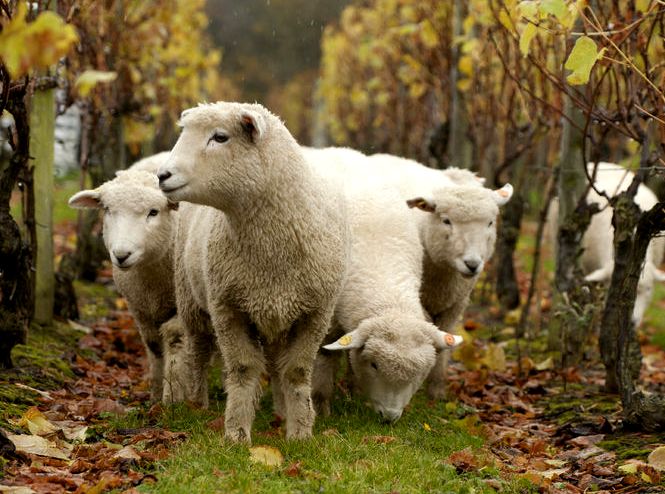 Nyetimber is welcoming over 600 new visitors to its vineyards in West Sussex and Hampshire, with the annual arrival of a sustainable and highly specialised grass grazing team.

More than 400 locally bred Romney sheep have been tasked with mowing at the Tillington and Manor vineyards in West Sussex, where they are keeping the grass trim and replenishing valuable nutrients amongst nearly 80 hectares of vines. In Hampshire, a further 200 Welsh ewes are grazing over 30 hectares at the Hazeldown site, before moving on to 25 hectares at Chalkdown.

The yearly sheep grazing initiative supports Nyetimber’s commitment to ecologically and environmentally friendly soil stewardship and 2016 marks the fourth year of this successful scheme. Whilst the flocks of sheep tend to their new pastures amongst the vineyards and help keep the grass low, farmers Chris Hodgkins and Vince Murphy are able to rest their own land in preparation for the coming spring months.

The Nyetimber sheep population will be in residence until the end of February, when they will return to their farms ahead of the lambing season.